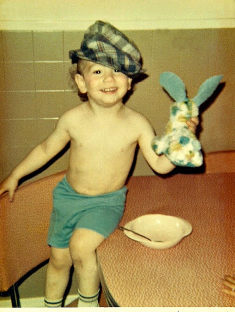 Patrick grew up in the coalfields of southern West Virginia with few outlets for creative expression. Although an avid fan of the basketball empire helmed by his late father, Coach Jennings Boyd, sports was not to be his destiny.

Patrick enrolled at West Virginia University to pursue a career in musical theatre and further his skills as a professional magician. While training at WVU, he performed in numerous stage productions and was requested by the university president to perform his amazing legerdemain at several black tie functions.

Click here to see me perform one of my favorite card tricks!

Off-Broadway, Patrick was featured in the hit Off-Broadway musical revue, “NAKED BOYS SINGING,” Dorothy Parker’s “The Ladies of the Corridor,” Bill Snipson in "ME AND MY GIRL," starring the legendary George Irving, and most recently in the sold out run of the NYMF hit, "GREENWOOD, THE MUSICAL."

Patrick toured the country in the first National Tour of Dolly Parton's musical, "9 to 5."  Other tours include “THE PRODUCERS,” performing the lead roles of Leo Bloom and the campy  Carmen Ghia, "GYPSY" (Tulsa), "WEST SIDE STORY" (Tony), and "GREASE!" (pre-Broadway tour and subsequent Broadway production)  He also enjoyed a 13 month run of “THE PRODUCERS” at the Paris Hotel & Casino in Las Vegas.

Patrick thanks his family and friends for their constant support and love as they are the real magic in his life.

Recommend this page on: